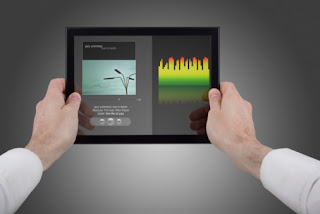 With the release of the iPad other companies are scrambling to release their own tablet PCs. On the horizon is Dell’s Slate and also revealed is Research in Motion’s (RIM’s) Playbook. RIM is most well known for its Blackberry phones and with the popularity of the Blackberry staying consistent throughout the years hope is high that the Playbook can live up to expectations.

While the Blackberry line of phones is known for their business-savvy software, RIM wants consumers of all backgrounds to be comfortable with the Playbook. RIM has tried for a long time to break away from their business-only niche, and the Playbook might be just the device to do it. If RIM wants their new tablet to be fun, they have made a step in the right direction with the Playbook’s dual cameras. The forward camera is 3 mega pixels and the rear camera is 5 mega pixels. The presence of the forward facing camera indicates that there will be video calling on the tablet, and everything is shown in brilliant 1080p HD video. The screen will be a 7″ LCD.

With all of these positives the Playbook sounds like it could be a real contender for the iPad, but like every device, it has its potential downfalls. One thing that sticks out very clearly is the lack of built in 3G. RIM has already stated that 3G will not be built into the Playbook in the first generation, and that is almost unheard of for the tablets being released. The screen, while beautiful, is also smaller than the iPad’s. Lastly, the Playbook is not due for release till early 2011, and at that time it will have to compete with the next generation of iPads.

There is definitely hope for the Playbook in the tablet market. The first generation may not do so well, but hopefully once RIM gets its feet wet in the tablet industry, it will be able to produce a quality product for Blackberry lovers and the general public alike.

Below are the specs and features for the Blackberry Playbook: