How to Use BitTorrent in Linux

June 25, 2012 | Admin | Technology Information |
Though file sharing is extremely widespread nowadays, it amazes me that lot of people still don’t know how to use a BitTorrent client or perhaps don’t know what to do with a ‘.torrent’ file. Just take a look at this data (Google Trends):

Because of this, I decided to make a quick and easy tutorial on how to start downloadingfiles via BitTorrent in Linux. Windows and Mac users can also learn from this, as the concept is basically the same on any platform. But before that, I would like to give you a brief intro about BitTorrent taken from Wikipedia:

BitTorrent is a peer-to-peer file sharing protocol used to distribute large amounts of data. BitTorrent is one of the most common protocols for transferring large files, and by some estimates it accounts for about 35% of all traffic on the entire Internet. The initial distributor of the complete file or collection acts as the first seed. Each peer who downloads the data also uploads it to other peers, even after they have dismounted the original seed. Because of this, BitTorrent is extremely efficient. One seed is needed to begin spreading files between many users (peers). The addition of more seeds increases the likelihood of a successful connection exponentially.Now that you have learned a little about BitTorrent, let’s get down to business.

Now that you have a BitTorrent client, it’s time to get a ‘.torrent’ file. We can use popular BitTorrent search engines (a.k.a. tracker) like isoHunt and The Pirate Bay to get what we want. As an example, let’s go to isoHunt and download the short movie Elephants Dream: 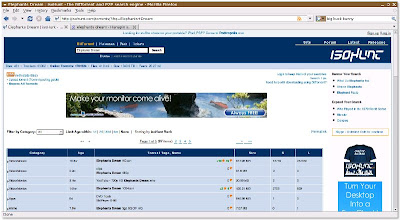 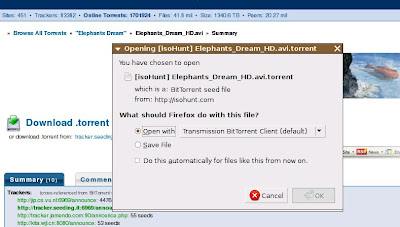 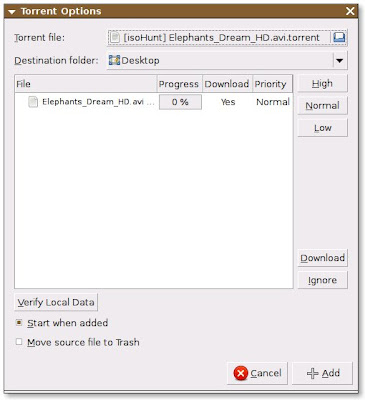 You can set the destination folder or just use the default and click on ‘Add’. After that, the download will start… 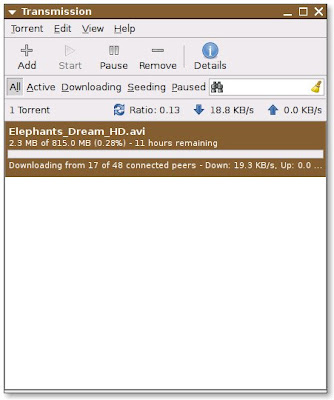