HDD Shortages to Spill Over into Q1 2012 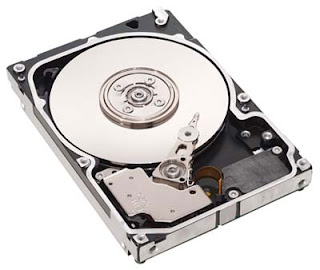 Considering operations are disrupted at over a dozen hard disk drive (HDD) factories thanks to flooding in Thailand, PC manufacturers should begin preparing for significant supply shortages according to market research firm IDC. Worldwide HDD shipments could suffer almost a 20% decline starting in the middle of this month that could extend far into the first quarter of 2012 according to the firm.

Thailand accounts for somewhere between 40% and 45% of HDD production in the entire world. As of early November, almost half of Thailand’s production was directly affected by flooding. Even though production at some factories was halted as a result of flooding, the industry also faces work stoppages due to poor access and power outages. The full extent of the damage to the industry will not be known until all the floodwaters recede, even though it is already clear that there will be supply shortages into the first quarter of 2012 according to IDC.

Research Vice President at IDC John Rydning stated earlier in the month that hard drive manufacturers will favor their high-margin products used in enterprise servers and storage systems. “But the HDD vendors can’t neglect their smaller customers, whose business will continue to be important once capacity is fully restored.” Prices for HDDs have already started to increase rapidly in some cases, some by more than 30%.

IDC noted that the industry should be able to restore drive production quickly once the waters recede, though today’s shortages will continue to constrain supply for an extended period. Hard drive prices should stabilize by next June, according to IDC, and the industry should be back to normal by the second half of 2012. IDC also says that the decline in total shipments for the fourth quarter is expected to be “less than 10%” due to the fact that a large chunk of PC shipments have already taken place for this quarter.

Worst-case scenarios put the total loss for the first quarter of 2012 at around 20% though IDC said that there are opportunities for larger PC vendors to capture enterprise accounts from smaller competitors and accelerate industry consolidation, more specifically in faster growth markets.

According to Program Vice President for IDC’s Worldwide Consumer Device Trackers Loren Loverade, “The HDD shortage will affect smaller PC vendors and lower-priced products most, including mini-notebooks, emerging markets and entry-level consumer PCs. However, even the largest vendors are expected to face HDD shortages, particularly for portable PCs where the market is more consolidated. Nevertheless, the shortage will relieve some pressure on pricing and margins and present some opportunities for strategic share gains among the larger players.”